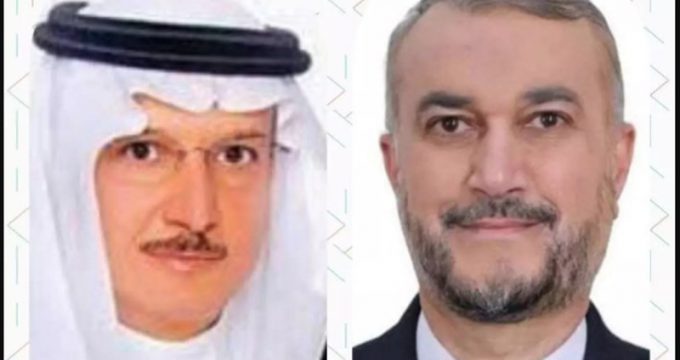 Iranian Foreign Minister Hossein Amirabdollahian and Secretary General of the Organization of Islamic Cooperation (OIC) Yousef bin Ahmad Al-Othaimeen talked about the latest developments in the region, including the crisis in Afghanistan.

In a telephone conversation on Monday, the top Iranian diplomat and the OIC secretary general reviewed the latest situation of relations between Iran and the OIC and exchanged views on the situation in Afghanistan.

Amirabdollahian described the threat of extremist groups as one of the most important problems faced by the region.

Deploring the Daesh terrorist group’s movements in Afghanistan, he reaffirmed Iran’s support for a more active role by the Organization of Islamic Cooperation, especially its secretary general, in Afghanistan.

For his part, Al-Othaimeen presented a brief report on the actions of the OIC in addressing the latest developments in Afghanistan as well as on its statement about the war-torn country.

Al-Othaimeen also emphasized the need for the inclusiveness of the new government in Afghanistan and respect for human rights and women’s rights, the Iranian Foreign Ministry’s website reported.

He announced the OIC’s solidarity with the Afghan people and underlined the need to ensure that Afghanistan does not become a haven for the terrorist groups.

In response, Amirabdollahian referred to the recent terrorist and criminal acts of Daesh and its brutal attacks on worshipers in two mosques in Afghanistan’s Kunduz and Kandahar.