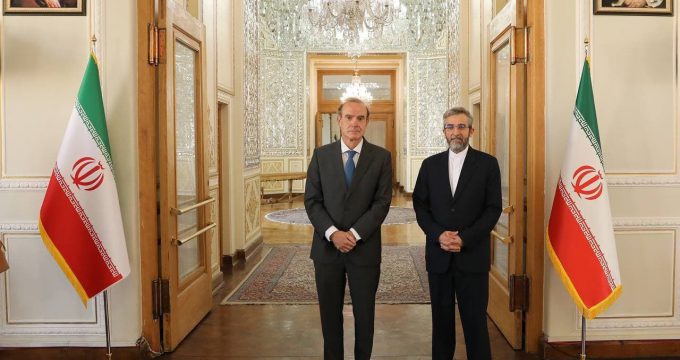 According to Iran’s Ministry of Foreign Affairs, in the meeting, the two sides discussed bilateral, regional, and international issues, including the relations between Iran and the European Union, the issue of Afghanistan, and the negotiations to lift oppressive sanctions on Iran.

Iran’s Deputy Foreign Minister Ali Bagheri had said on Wednesday that he would host Mora on Thursday.

He said that the two would exchange views on bilateral and regional issues, including Afghanistan, as well as negotiations to lift cruel sanctions.