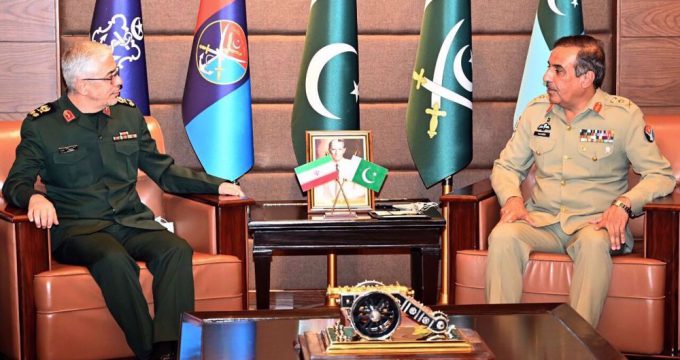 Ranking commanders from Iran and Pakistan weighed plans for the enhancement of naval cooperation between the two neighbors.

Chief of Staff of the Iranian Armed Forces Major General Mohammad Hossein Baqeri, who is heading a military delegation in an official visit to Pakistan, held a meeting with Chief of Naval Staff of Pakistan Muhammad Amjad Khan Niazi in Islamabad on Thursday.

The two commanders talked about issues of mutual interest and the latest status of relations between Iran and Pakistan, including their naval cooperation.

They also discussed maritime security in the region and a wide range of other security developments, IRNA reported.