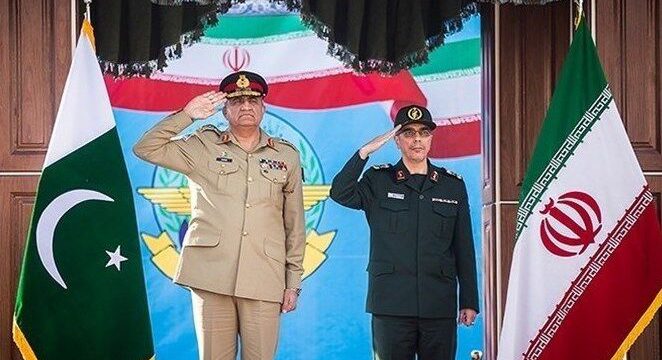 Chief of Staff of the Iranian Armed Forces Major General Mohammad Bagheri has met with Pakistan Chief of the Army Staff General Qamar Javed Bajwa on the second day of his official visit to the country.

General Bagheri heading a high-level military delegation arrived at Army Headquarters (GHQ) in Rawalpindi on Wednesday to meet with his Pakistani counterpart.

The commanders also expressed satisfaction over the increased cooperation between the two countries in defense and security areas, especially the border cooperation.

Earlier on arrival at GHQ, the chief of staff of the Iranian Armed Forces laid a wreath at Yadgar-e-Shuhada and paid homage to the sacrifices of the martyrs of Pakistan Army.

The chief of staff of the Iranian Armed Forces heading a high-level military delegation arrived in Islamabad on Tuesday evening to expand military cooperation with Pakistan.