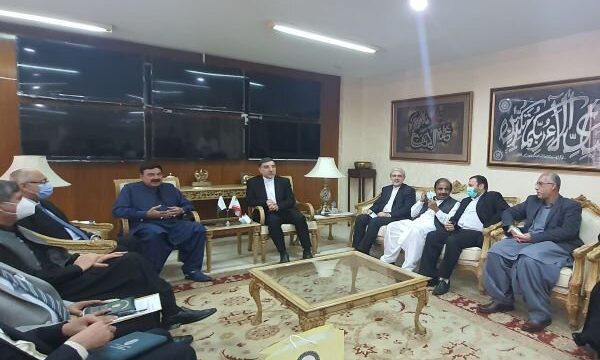 Headed by Ahmad Amirabadi Farahani, the Iranian parliamentary delegation met and held talks with the Interior Minister of Pakistan Sheikh Rasheed Ahmad in Islamabad on Tuesday.

The delegation has traveled to Pakistan at the invitation of Navid Qamar, the head of Pakistan’s Iran-Pakistan Parliamentary Friendship Group, to discuss the strengthening of parliamentary relations and cooperation.

Members of the Iran-Pakistan Parliamentary Friendship Group, some officials with the Pakistani Interior Ministry, as well as the Iranian Ambassador to Islamabad Seyed Mohammad Ali Hosseini, also attended the meeting.