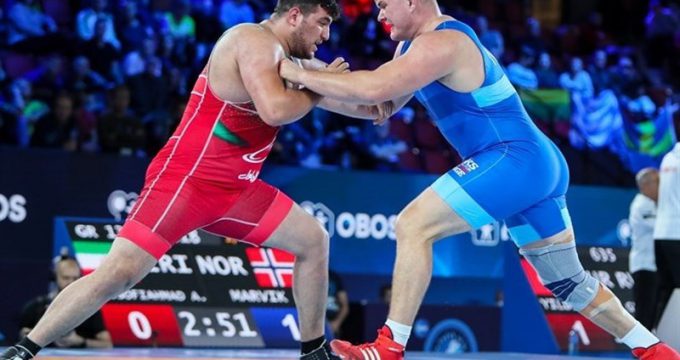 Ali Akbar Yousefi from Iran won a gold medal at the 2021 World Wrestling Championships on Saturday.

He defeated Russian wrestler Zurabi Gedekhauri 5-1 in the final bout of the 130kg.

Mohammad Hadi Saravi had won Iran’s first gold in the competition by beating his Hungarian rival Alex Szoke 3-1 in the 97kg.

A total of 800 wrestlers from 100 countries are competing at the Wrestling World Championships, being held from October 2 to 10 in Oslo, Norway.