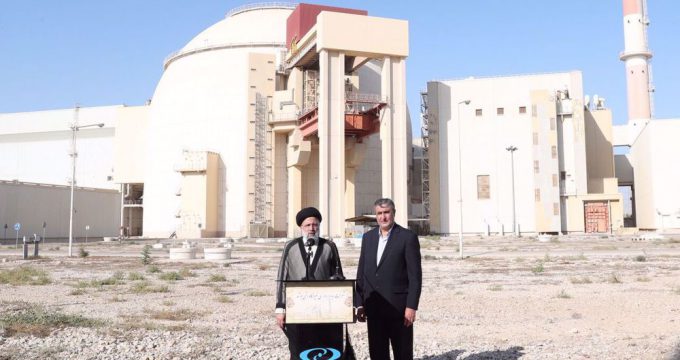 Iranian President Ebrahim Raisi voiced his satisfaction that Bushehr power plant is being operated at its maximum nominal capacity and generates 1,000 megawatts of electricity.

After visiting different parts of the Bushehr nuclear power plant and its developing phases, the Iranian president told reporters that the definite policy of the Islamic Republic is the exploitation of peaceful nuclear energy.

He reminded that In this regard, the mission of the Atomic Energy Organization of Iran (AEOI) to produce 10,000 megawatts of electricity from nuclear energy in the country has been defined.

President Raisi stated that the nuclear knowledge in the future will determine the scientific development of the countries.

He said that the significant growth and development of nuclear knowledge will lead to the promotion of other technologies.