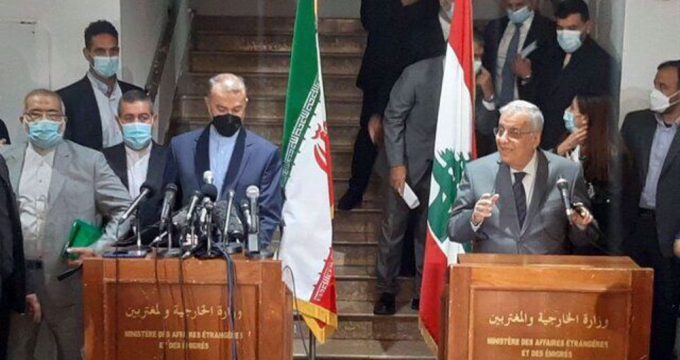 Iran’s foreign minister says neither the United States’ oral messages nor the European powers’ empty promises are taken seriously in Tehran when it comes to their calls for a mutual return to the 2015 historic nuclear agreement.

“If there is real intention on the part of the other sides and all of them return to their commitments, Iran will return to its commitments as well,” Hossein Amir-Abdollahian said after a meeting with his Lebanese counterpart Abdallah Bou Habib in Beirut on Thursday.

“However, in this regard, the US’s oral messages are not our criterion,” Amir-Abdollahian told reporters. “The unfulfilled promises of the three European countries are not our criterion. We will act in accordance with the other sides’ practical actions, the removal of the sanctions and their return to their commitments.”

The fate of the nuclear deal, officially called the Joint Comprehensive Plan of Action (JCPOA), was put in limbo after former US President Donald Trump withdrew Washington from it in 2018 and reinstated harsh economic sanctions against Iran.

Following Washington’s departure from the agreement, the remaining parties to the JCPOA have launched negotiations in the Austrian capital, Vienna, to revive the deal and bring the US back into full compliance with all of its contractual commitments.