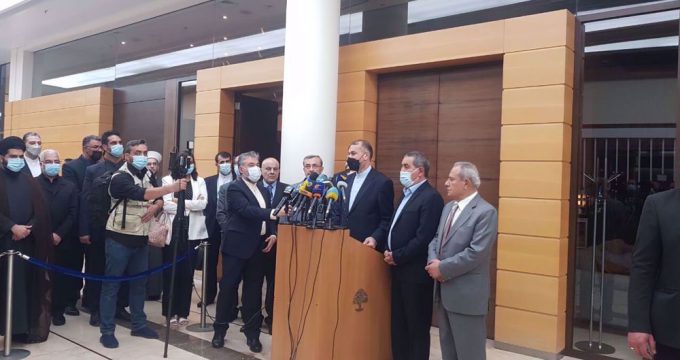 “The Islamic Republic of Iran will powerfully stand by its allies in the region and we will continue our support for the Lebanese independence, security and sovereignty,” Amir-Abdollahian told IRIB upon his arrival in Beirut on Thursday.

Amir-Abdollahian pointed to a social media campaign launched ahead of his visit in appreciation of Iran’s assistance to Lebanon in breaking the United States’ economic siege, saying Tehran has even “better new offers” if the Lebanese officials make a request.

He said the Islamic Republic also stood ready to “continue on the previous path,” referring to recent energy sales to Lebanon, as long as Beirut kept up the demand, and also lend a helping hand to the Arab nation in other fields.