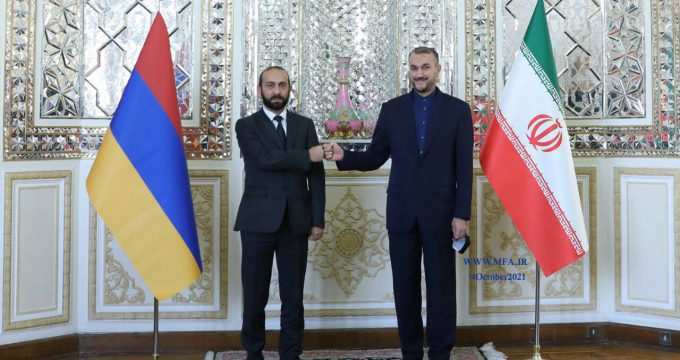 Armenian Foreign Minister Ararat Mirzoyan who arrived in Tehran on Monday morning, met with his Iranian counterpart at the Ministry of Foreign Affairs building a few minutes ago.

The foreign ministers are scheduled to attend a joint news conference after the meeting.

The Armenian Foreign Ministry spokesperson in a tweet on Monday announced the meeting between Iranian and Armenian foreign ministers.

The two foreign ministers also met in New York on the sidelines of the UN General Assembly.