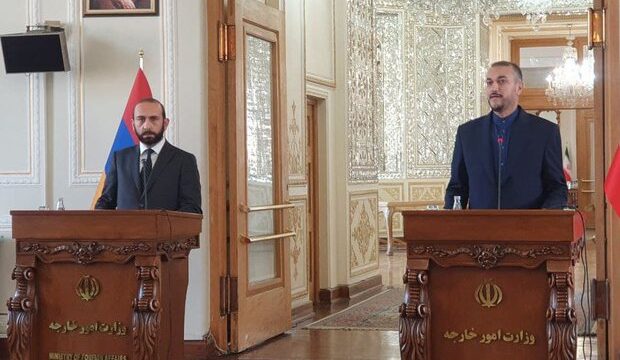 The Iranian foreign minister said in a press conference alongside his Armenian counterpart Sunday that the Islamic Republic of Iran will not allow foreign intervention to interrupt its relation with neighbouring countries.

“Today we agreed to develop cooperation in all areas of economy, trade and tourism. Trade and operating the Armenian transit route are among the issues of mutual concern to both countries,” the Iranian FM said during the joint press conference.

“We have defined a process that will become operational quickly to revitalize the transit roads and the routes of the two countries. In the coming weeks, we will see more liveliness in the relations between the two countries,” Amir-Abdollahian said.

“Our region and our northern neighbors are in dire condition, particularly due to the presence of Zionists and terrorists in parts of the region,” he added.