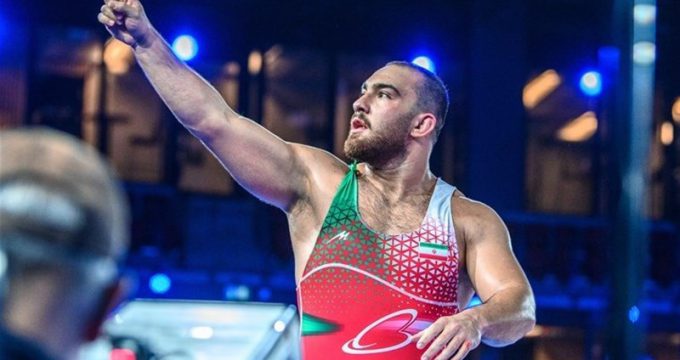 The freestyler, who won a bronze medal at the 2020 Olympic Games, defeated Geno Petriashvili from Georgia 9-2 in the final match of the 125kg.

Zare had lost to Petriashvili 6-3 in the semifinals of the 2020 Olympic Games.

Yazdani beat American wrestler David Taylor 6-2 in the final bout of the 86kg.