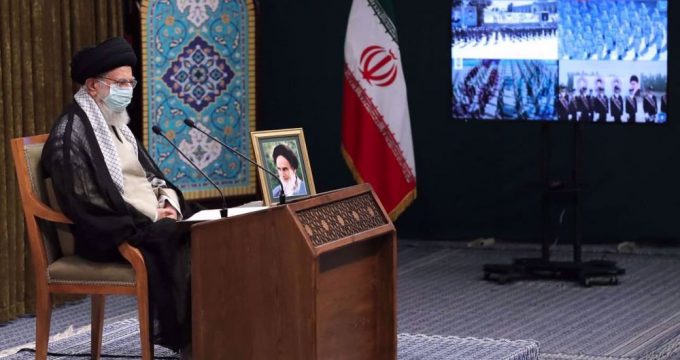 Supreme Leader of the Islamic Revolution Ayatollah Seyyed Ali Khamenei has described the Armed Forces of the Islamic Republic of Iran as a strong wall and a defense shield wall against threats from the inside and outside enemy.

Ayatollah Khamenei made the remarks on Sunday at the joint graduation ceremony for the cadets studying in the academies of the Islamic Republic of Iran’s Armed Forces.

Presence of the US army in the region is a source of destruction, the Supreme Leader said in his remarks.

All should try to make independent countries and independent armies relying on nations and enjoy synergy with armies of the neighbors and other regional states, the Leader underlined.