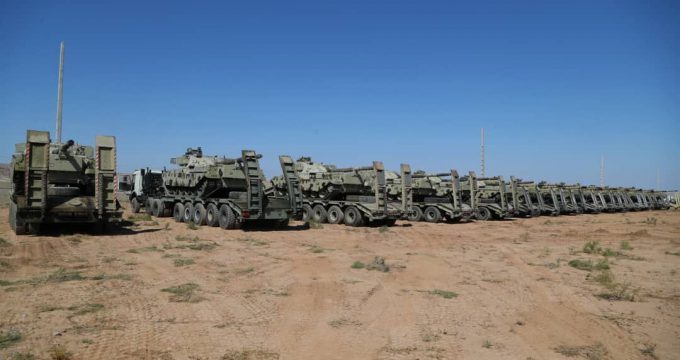 The Iranian Army’s Ground Force has kicked off a massive military drill in the country’s northwestern regions using various units.

Codenamed ‘Conquerors of Khaybar’, the war game began on Friday morning with the support of Airborne units in the general area of the northwest region of the country, where other Army units from 216th Armored Brigades, 316th Armored Brigades, 25th Brigade, 11th Artillery Group, UAV Unit and 433rd Combat Engineering Brigade also took part in the drill.

In the exercise, the UAV unit of the Army Ground Force has carried out a general reconnaissance in the area and send the images to the command post, where the next stage of the exercise were decided, which included air assault and ground invasion as well as artillery bombardments.

According to General Heidari, the purpose of the war game is to boost the combat preparedness of the Army troops.

The Iranian military forces hold routine exercises according to a detailed schedule in various parts of the country in order to test their weaponry and equipment and evaluate their combat preparedness.