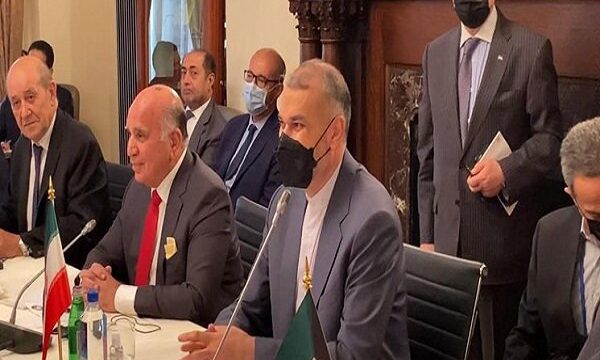 Iranian Foreign Minister Hossein Amir-Abdollahian said that strengthening and developing ties with neighboring and regional countries is the priority of the 13th administration of Iran.

During the meeting, the Iranian foreign minister said that the Islamic Republic of Iran has always emphasized intra-regional dialogue as a solution to come out of the current crisis. The history and reality of the last 100 years in the region of West Asia (Persian Gulf, North Africa) show that external variables have been the main obstacle to achieving convergence and not achieving sustainable development.

“I emphasize once again that the priority of the new government of the Islamic Republic of Iran is to strengthen and develop relations with its neighbors and the region, and I hope that such meetings will bring about a new chapter of cooperation and participation of people of the region for peace,” he added.