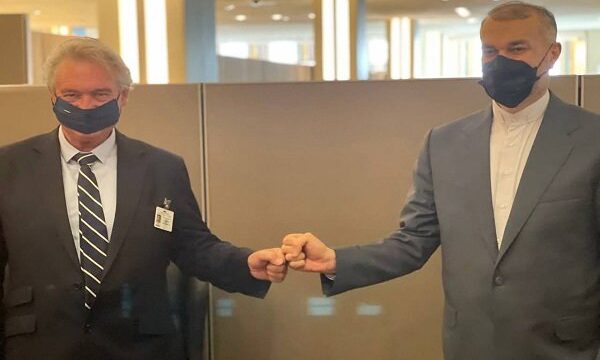 Iranian Foreign Minister Hossein Amir-Abdollahian met with his Luxembourgish counterpart Jean Asselborn on the sidelines of the UN General Assembly on Tuesday to discuss bilateral ties as well as the JCPOA.

Hossein Amir-Abdollahian in the meeting praised Luxembourg’s efforts to improve relations and said that it had special respect for the European country.

The top Iranian diplomat stressed that the new administration in Iran focuses on a balanced foreign policy and said that Iran is ready to review relations with the European Union while emphasizing the promotion of this relationship based on mutual respect and interests.

He added that Iran had fulfilled all its obligations under JCPOA for many years, while that the other parties had distanced themselves from fulfilling their own shares of commitments in various ways.

He also noted that while the United States has blatantly violated the JCPOA, the European Troika has remained indifferent to the US violations and guaranteeing Iran’s interests under the deal.

Jean Asselborn, for his part, wished success for Amir-Abdollahian in his post as the Iranian FM, and referred to his previous three visits to Iran and stressed the great potentials for enhancing economic and trade cooperation between the two countries.