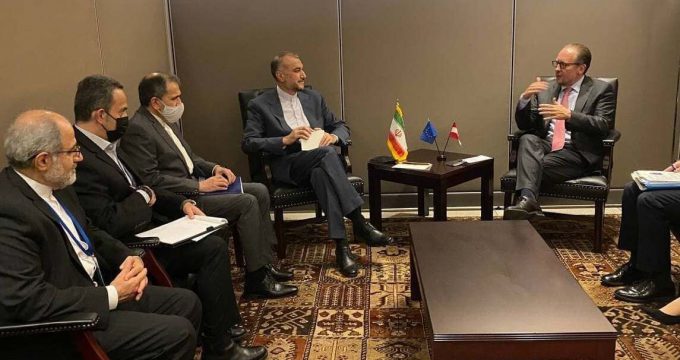 During the meeting, held on the sidelines of the 76th session of the General Assembly, Amirabdollahian reviewed the latest conditions of bilateral relations and stressed Iran’s interest in developing economic relations with Austria.

He noted that Europe’s relations with Iran should not be subject to US unconstructive behavior toward Iran.

He also conferred with his Austrian counterpart on the issue in Afghanistan and emphasized establishing an inclusive government in the country.

Despite all pressures, Tehran has spared no efforts for helping Afghanistan, he reiterated.

Over the last four decades, Iran has hosted millions of Afghan refugees, he said, urging the international community to do its duties in this regard.

Meanwhile, Schallenberg said that Vienna has always been after developing ties with Iran and considers no limitation for it.

He reiterated that Austria is interested in hosting the nuclear talks in Vienna.