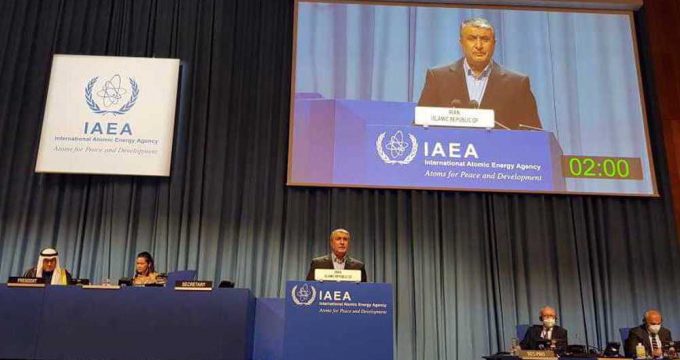 The 65th General Conference of the IAEA is underway with the participation of representatives of 171 countries. From Iran, the head of the Iranian nuclear agency organization (AEOI) Mohammad Eslami and the envoy to the IAEA Kazem Gharibabadi are attending the event.

The director-general of the Internation Atomic Energy Agency (IAEA) Rafael Grossi said during the conference that the nuclear watchdog hopes to address urgent issues related to Iran’s nuclear program.

Grossi added that the IAEA tries to assure the world that there is no concern about Iran’s nuclear program.