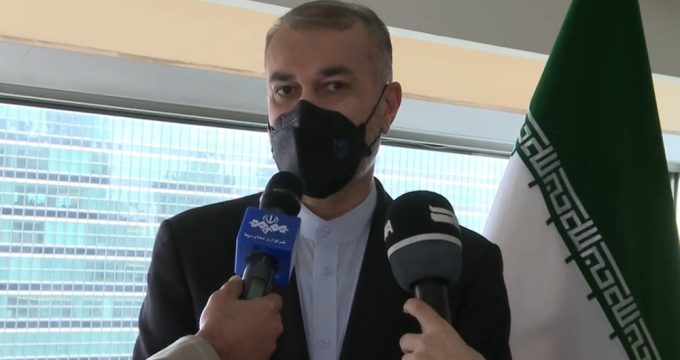 Upon arriving in New York for the 76th United Nations General Assembly Session, Iran’s foreign minister outlines the foreign policy objectives he intends to pursue during his upcoming meetings with his counterparts from across the world.

The plane carrying Hossein Amir-Abdollahian and his accompanying delegation touched down at John F. Kennedy International Airport on Monday.

I hope that, with the opportunity that has arisen, we will be able to hold talks with counterparts in line with the 13th [Iranian] Administration’s balanced foreign policy and active, dynamic, and smart diplomacy,” he said.

During the trip, Amir-Abdollahian said, he would attend around 50 meetings, events, and gatherings.