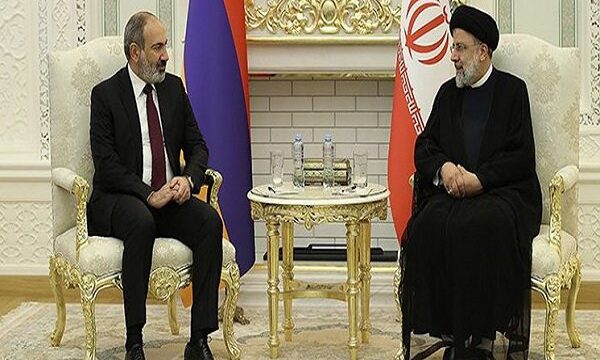 The Armenian “Massispost” website said that Raisi and Pashinyan met on the sidelines of a Collective Security Treaty Organization summit in Tajikistan.

The Armenian government’s press office said Pashinyan and Raisi discussed, among other things, ways of “organizing unfettered cargo shipments between the two countries” as well as “processes taking place in the region.” It gave no details.

In the meeting with the Prime Minister of Armenia, Raisi stressed the need to increase the level of economic relations between Iran and Armenia. The Iranian president also called for the Armenian-Iranian intergovernmental commission on economic cooperation to become more active. He suggested that Yerevan and Tehran set up joint special working groups to address barriers to implementing joint economic projects.