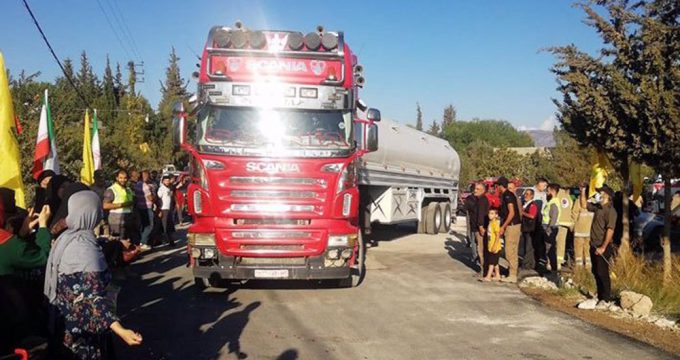 A convoy of tankers that had left Syria’s Baniyas port carrying Iranian fuel has arrived in Lebanon, Lebanese media reported.

El-Nashra news website reported that the tankers loaded with Iranian mazut had entered the village of Hawsh al-Sayyed Ali in Lebanon’s northeastern Baalbek-Hermel province on Thursday.

The media director of the Lebanese resistance movement Hezbollah said that the tankers will first stop between the villages of Ain and Laboueh and that their last station would be the entrance to southern Baalbek.