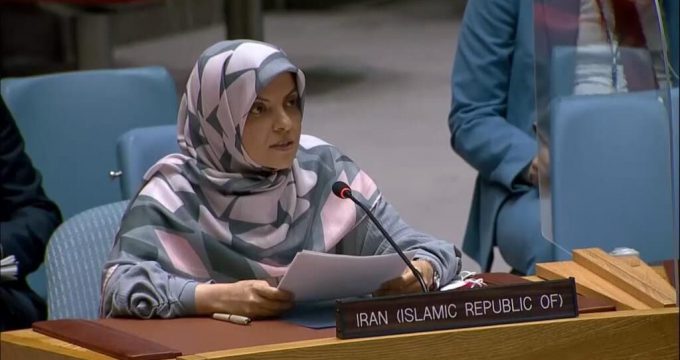 Emphasizing the need to focus on humanitarian aid in Syria, an Iranian diplomat in United Nations said that the Syrian people and government must continue to work together to overcome the challenges.

For more than 10 years, the Syrian people have been suffering from one of the biggest humanitarian problems in the world,  Ambassador and Chargé d’affaires ad interim of the Permanent Mission of the Islamic Republic of Iran to the United Nations said on Wednesday.

Zahra Ershadi made the remarks before the UN Security Council meeting on the humanitarian situation in Syria and West Asia.

The international community is morally and politically responsible for the humanitarian situation in Syria, she added.

According to her, the humanitarian and socio-economic situation in Syria is deteriorating, and providing assistance to improve basic services is an urgent need.

Ending the conflicts, withdrawal all foreign forces, defeating the terrorists, and guaranteeing Syria’s territorial integrity, unity, and political independence is the only solution to end this crisis, she stressed.