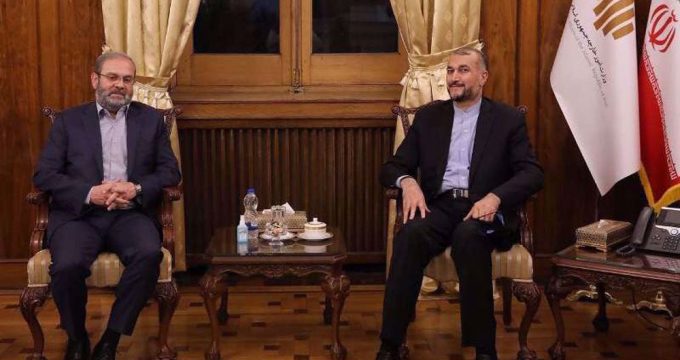 Iran’s Foreign Minister Hossein Amir-Abdollahian has said the dignified resistance of the Lebanese people against the Zionist and Takfiri enemy is “a source of honor and pride for all regional nations and the freedom-seekers,” vowing that the Islamic Republic will continue to support the resistance front.

In a meeting with the representative of the Lebanese resistance movement Hezbollah in Iran, Abdullah Safioddin, on Wednesday, Amir-Abdollahian stressed that the Islamic Republic is ready to extend a helping hand to the Arab nation on various fronts.

He passed Iran’s congratulations to Lebanon on the formation of a new government and expressed hope that it would help the country solve the Lebanese people’s problems, saying Tehran is ready to further improve relations with Beirut.

Lebanese leaders on Friday agreed on a new government after a 13-month deadlock that left the country grappling with a severe economic and financial crisis.

Lebanese President Michel Aoun on Saturday hailed the formation of the government, stating that the cash-strapped Arab country would “climb out of the abyss.”