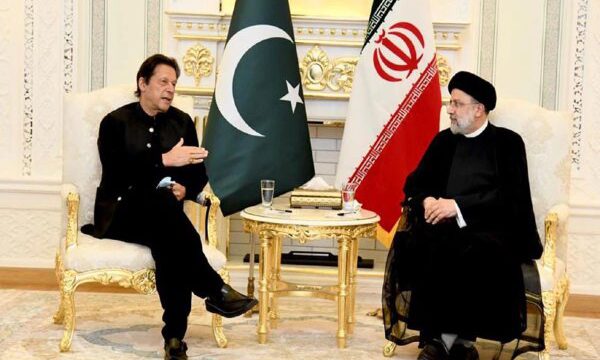 Forming an inclusive government and preventing foreign interference is the key to solving Afghanistan’s problems, Iranian President Ebrahim Raeisi said in his meeting with the Prime minister of Pakistan.

Iranian President Ebrahim Raeisi is in Dushanbe, the capital of Tajikistan to attend the Shanghai Cooperation Organisation (SCO) summit.

On the sidelines of the summit, President Raeisi met and held talks with the Prime minister of Pakistan, Imran Khan.

Hailing valuable potential for expanding relations between Tehran and Islamabad, Raeisi added in this meeting, “Improving border security will lead to the expansion of economic interactions and the development of border areas.”

Forming an inclusive government and preventing foreign interference is the key to solving Afghanistan’s problems, he also said, referring to recent developments in the eastern neighbor of Afghanistan.

“We seek to expand our relations, especially in the field of transportation with Iran,”,  Imran Khan said for his part.

“We believe that improving the level of cooperation between the two countries will have positive regional and global effects”, the Pakistani prime minister added.