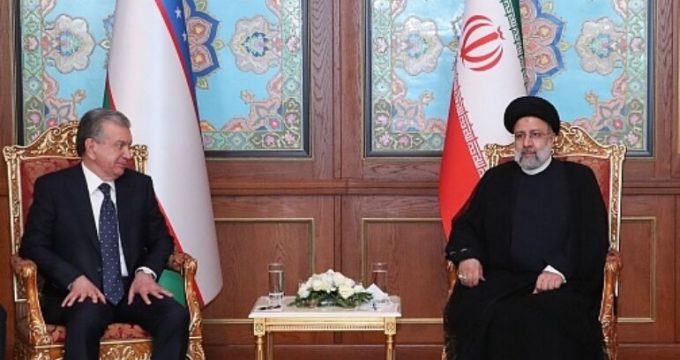 Iranian President Ebrahim Raisi said on Thursday that Tehran-Tashkent economic relations should be upgraded in line with political relations.

The president made the remarks during a meeting with his Uzbek counterpart Shavkat Mirziyoyev on the sidelines of the 21st Shanghai Cooperation Organization (SCO) Summit in Dushanbe, Tajikistan.

President Raisi said that Iran is eager to promote economic relations with Uzbekistan as it seeks to give a boost to relations with all neighboring countries.

He congratulated the Uzbek president on that country’s National Day, saying that a joint cooperation commission between the two countries, as well as further partnership of private sector activists, can play a key role in the expansion of economic exchanges.