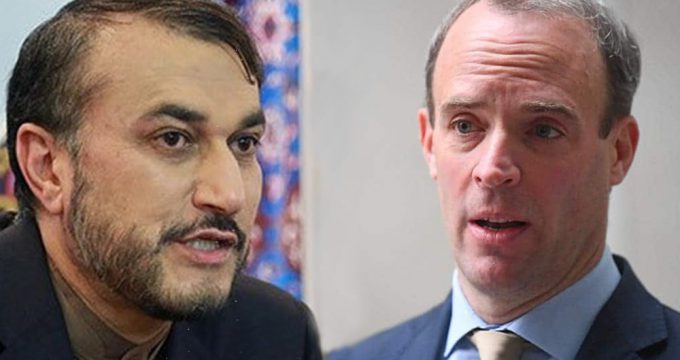 Iran’s Foreign Minister Hossein Amir-Abdollahian says the country welcomes any negotiations that would meet the interests and secure the rights of the Iranian people.

“The 13th [Iranian] administration, at the beginning of its work, is engaged in internal consultations about how to continue the Vienna talks [on the revival of the 2015 nuclear deal], but it welcomes negotiations that produce tangible results and meet the rights and interests of the [Iranian] people,” Amir-Abdollahian told British Foreign Secretary Dominic Raab in a Monday phone call.

He added that Iran also expects all illegal sanctions that have been imposed on the country by the US and other Western states to be removed.

Iran and the other five remaining parties to the nuclear deal signed between Tehran and world powers in 2015, officially known as the Joint Comprehensive Plan of Action (JCPOA), that is, Britain, France, Germany, Russia and China, have held six rounds of talks in Vienna to salvage the faltering agreement by bringing the US, as the violator of the deal, back into compliance.

In quitting the JCPOA in May 2018, the administration of former US President Donald Trump reinstated the sanctions on Iran that had been lifted under the accord, while mounting pressure on the country with new bans, as the other parties stood by and failed to protect Iran’s contractual benefits.

During his first televised address to the Iranian people, Iran’s President Ebrahim Raeisi dismissed the idea of holding negotiations over the JCPOA revival under pressure, saying such tactics have never yielded the US and Europe any result.