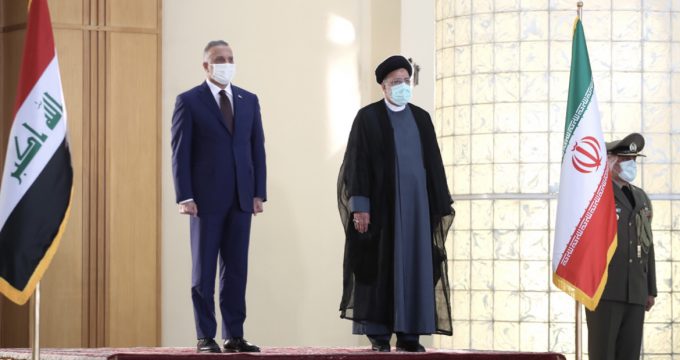 President Ebrahim Raisi officially welcomed Iraqi Prime Minister Mustafa Al-Kadhimi who is on an official visit to Iran on Sunday.

According to the official website of Iranian President, the national anthems of Iran and Iraq were played in this ceremony.

It has been announced that development and consolidation of the bilateral cooperation in the different political, economic, and cultural fields and exchanging views about the most important regional and international issues are among the most important goals of the talks between the two countries.

Al-Kadhimi heading a political and economic delegation arrived in Tehran on Sunday to confer with Iranian officials.