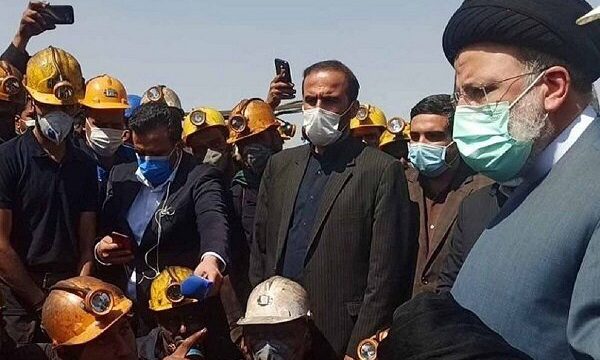 Iranian President said that the duty of the government is to serve all Iranian people, especially in the less privileged regions in the country.

Speaking on Friday morning upon arrival in Tabas city in South Khorasan province as in his third provincial trip, Iranian President Ebrahim Raeisi stated that the trip to different provinces is done away from the usual formalities, adding, “Mines are one of the valuable resources of this province that if activated, the problem of employment, the problem of production and production prosperity, and economic problems will be solved.”

The President mentioned the issue of agriculture as another important issue in the province and added, “Due to the lack of rainfall in this region, people’s agriculture has faced problems, but the people of these areas have shown that they turn threats into opportunities.”