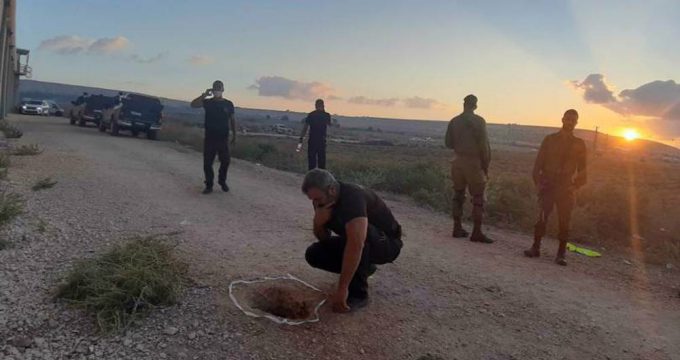 At least six Palestinian prisoners escaped from a high-security Israeli prison overnight, with regime troops launching a manhunt to arrest them, media reports said on Monday.

Five of them belong to the Palestinian resistance movement Islamic Jihad, hailing from towns near the occupied northern West Bank city of Jenin.

They have been identified as Munadil Nafayat, 26, from Yaabad; Mahmoud and Mohammad al-Arida, both from Arraba; Iham Kahamji, 35, from Kufr Dan; and Yaqoub Qadiri, 49, from Deir al-Basha.

The other prisoner has been identified as Zakaria Zubeidi, a former commander of Fatah’s al-Aqsa Martyrs’ Brigades in Jenin.

The cellmates, serving life sentences, are believed to have fled through an underground tunnel from the Gilbao Prison in northern Israel, which they had managed to dig over the past few months.

The inmates apparently coordinated with aides outside the prison using a smuggled cellphone and had an escape car waiting for them at around 1:30 am.