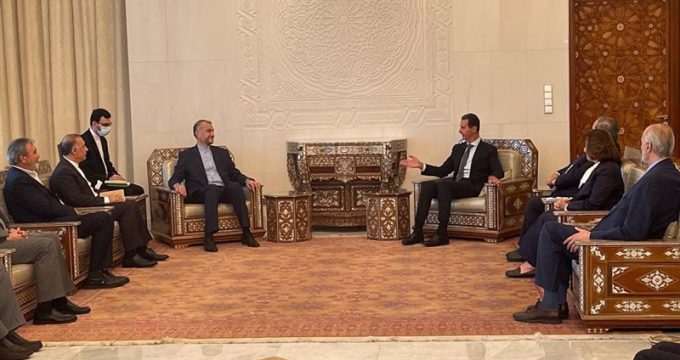 Iranian Foreign Minister Hossein Amirabdollahian and Syria’s President Bashar al-Assad talked about the regional and international cooperation between the two allies at a meeting in Damascus.

The top Iranian diplomat, who is visiting Syria with a high-ranking delegation, held talks with Assad in Damascus on Sunday.

He hailed Syria’s political and international victories and its achievements on the battlefield, and extended top Iranian officials’ greetings to the Syrian president.