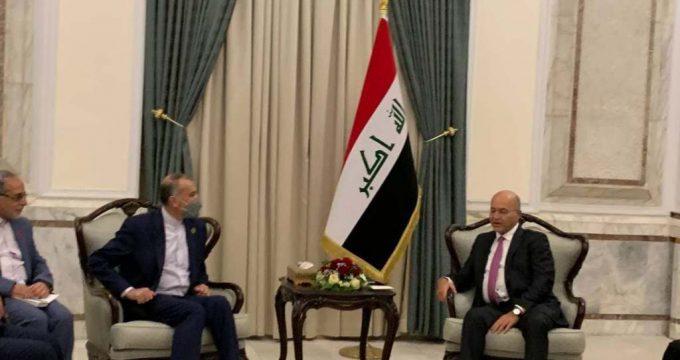 During the meeting which was held on the sidelines of Baghdad Conference for Cooperation and Partnership, Amirabdollahian conveyed President Ebrahim Raisi greetings and congratulated Iraq for holding the event.

Meanwhile, Salih appreciated participation of the Iranian delegation and said that the fact that Amirabdollahian’s first foreign visit was to Iraq was important. He also appreciated Iran’s supports.

Both sides discussed regional developments as well as economic and trade cooperation between the regional states and expansion of economic ties between the two neighboring states.