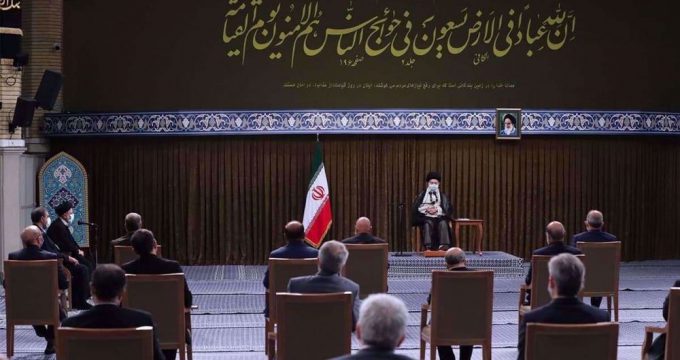 Stating that there is a predatory wolf behind the scenes of US foreign policy that sometimes turns into a cunning fox, Ayatollah Khamenei said there is no difference between Biden and Trump’s demands.

In their first meeting after almost all of his proposed ministers were approved by the Parliament, Iranian President Ebrahim Raeisi and his Cabinet met with the Leader of the Islamic Revolution Ayatollah Khamenei on Saturday at Imam Khomeini Hussainia.

“I have had a recommendation to all the officials in past periods, I also recommend you to seize the opportunities as time passes quickly,” the Leader said during the meeting.

Ayatollah Khamenei also recommended the officials do their best to serve the people.