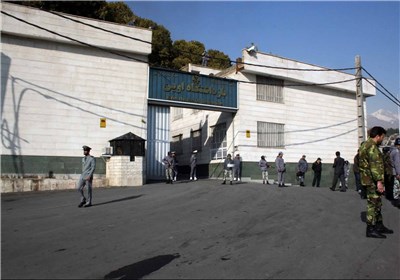 he head of the Iranian Prisons’ Organization has apologized over “bitter” incidents at Tehran’s Evin Prison after footage went viral of what appears to be some guards mistreating inmates at the facility, while the Judiciary chief has ordered a swift investigation into the matter.

The videos — which recently circulated on social media outlets — appear to be captured by the prison’s surveillance cameras and show a number of guards beating prisoners and dragging a detainee on the floor.

“Regarding the pictures from Evin Prison, I accept responsibility for such unacceptable behavior and pledge to try to prevent any repeat of these bitter events and to deal seriously with the wrongdoers,” Mohammad-Mehdi Haj-Mohammadi said in a tweet on Tuesday.

Haj-Mohammadi, meanwhile, insisted that such apparent abuse of position should not be used to judge the performance of the rest of the countries’ prison wardens.

“I apologize to God Almighty, our dear Leader (Ayatollah Seyyed Ali Khamenei), the nation and honorable prison guards, whose efforts will not be ignored due to these mistakes,” he said.

Meanwhile, Iranian Judiciary Chief Gholamhossein Mohseni-Ejei ordered Prosecutor General Mohammad-Ja’far Montazeri to follow up “without delay” on the case of “guards or inmates mistreating inmates” and provide him with a report on the results of the probe.

Observers have been speculating about the circumstances surrounding the release of the video, and foreign anti-revolutionary media agencies’ quick move to seize on the chance to attack Iran as usual.

The footage emerged amid extensive efforts on the part of the country’s relevant officials and prison chiefs toward ensuring inmates’ well-being, and the quality of the remedial programs aimed at potentially enabling their return to society.