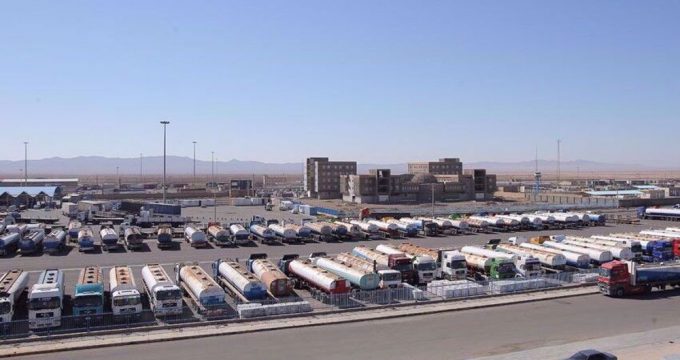 Iran resumes Afghan trade as it looks to future under Taliban

Local Afghan officials have called for an increase in Iranian fuel supplies to Afghanistan where the country’s lightning takeover by the Taliban has triggered a spike in gasoline prices.

Iran is a key fuel provider to its eastern neighbor, but the Taliban’s recent capture of border provinces disrupted supplies.

New provincial governors appointed by the Taliban have requested critical deliveries of oil products to resume, spokesman for the Iranian Oil, Gas and Petrochemical Products Exporters Union Hamid Hosseini was quoted as saying.

They have cut customs tariffs for imports of diesel, petrol and gasoil by as much as 70 percent, he added.

Iranian customs officials, cited by official IRNA news agency, said all of the country’s borders with Afghanistan have reopened and goods are transiting safely. The Islamic Republic of Iran Customs Administration (IRICA) lifted a ban on fuel exports to Afghanistan, which had been in place since Aug. 6.

Hosseini confirmed that Iran’s fuel exports to Afghanistan have resumed, including through South Khorasan border.

“The problem we’ve had in Afghanistan is corruption and taking costs from traders,” Hosseini was quoted as saying. “The Taliban could help here and they can make sure that Afghan customers then get goods at a lower price.”

Iran is Afghanistan’s largest trading partner, with around $2 billion in bilateral trade each year, nearly a third of Afghanistan’s total trade volume. They share a 570-mile border that includes several lucrative trade routes.

Hosseini, separately cited by Reuters news agency, said Iran can easily double its trade with Afghanistan, noting that the government of fugitive president Ashraf Ghani was always trying to limit cooperation with Iran since Iran was under US sanctions.

The Islamic Republic already hosts around three million Afghans, including around one million refugees and two million undocumented migrants, according to the United Nations. The recent upheaval has forced thousands of Afghans to flee their homes and cross the border into Iran.