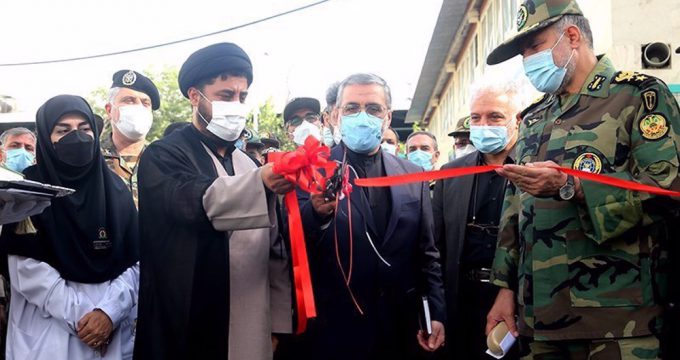 Iran’s Islamic Revolution Guards Corps (IRGC), the Army and the Basij volunteer force have pooled their resources to contain the spread of a fifth wave of the COVID-19 pandemic, driven by the delta variant of coronavirus.

Speaking on Tuesday, IRGC Chief Commander Major General Hossein Salami urged IRGC provincial commanders to use all capacities of the elite military forces and those of Basij against the deadly outbreak.

“Today, in addition to the special circumstances caused by the pandemic, we are facing a severe psychological warfare waged by the enemies, who are seeking to trigger a sense of despair in the society. However, this conspiracy will be thwarted through the presence of the Basij forces helping COVID patients and the public,” he said.

“The spread of the disease has reached dangerously high levels,” Salami warned, saying that the Armed Forces are required to move in with commitment and help protect the public by containing the outbreak.

Meanwhile, Commander of the Iranian Army’s Ground Force Brigadier General Kioumars Heydari highlighted the force’s contribution to the national fight against the pandemic.

“Since the beginning of the virus outbreak, the Ground Force stepped in with a combative and jihadi spirit, and in this regard, it employed 28 hospitals and 12,000 medical and therapeutic staff,” he added.

“Upon an order by Commander-in-Chief of the Iranian Armed Forces [Leader of the Islamic Revolution Ayatollah Seyyed Ali Khamenei] …, the Army’s Ground Force managed to use the creativity, innovation and expertise [of its personnel] to turn the anti-coronavirus battlefield into an opportunity.”