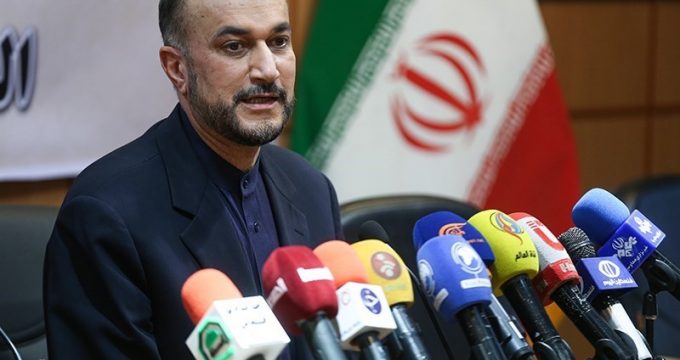 Hossein Amirabdollahian, the diplomat nominated by Iranian President Ebrahim Raisi for the job of foreign minister, has explicated his plans to cope with the existing challenges with a focus on the adoption of active stances in implementing the foreign policies, an MP said.

The spokesperson for the Iranian Parliament’s National Security and Foreign Policy Commission told Tasnim that Amirabdollahian attended a meeting of the commission on Saturday evening to talk about his plans in case he wins the lawmakers’ vote of confidence.

According to Mahmoud Abbaszadeh, the proposed minister gave an extensive report about the current conditions, the country’s foreign policy, and the Foreign Ministry’s situation, and also provided a SWOT (strengths, weaknesses, opportunities, and threats) analysis of the circumstances.

Explaining his plans to steer Iran through the problems, Amirabdollahian pointed to plans to carry out the foreign policy strategies by creating a balance and turning the previous administration’s passive stances into active ones, the MP added.

He also noted that Amirabdollahian insisted on the fulfillment of the national interests and public demands, and stressed the importance of parliamentary diplomacy in dealing with many challenges.

The National Security and Foreign Policy Commission has a positive view about Amirabdollahian and his plans overall, the lawmaker noted.

The Iranian parliamentarians started debates on the credentials and backgrounds of 19 individuals on the short list for the cabinet of new President Ebrahim Raisi, with the formal sessions on votes of confidence slated for next week.

The Iranian Parliament has a busy week, with 270 meetings at specialized commissions in four days to vet the new president’s proposed ministers.