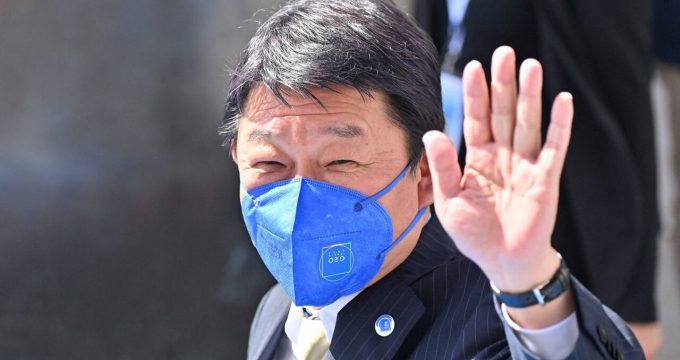 Japan FM’s visit to Iran a new chapter in expansion of ties: Embassy

Iran’s embassy in Tokyo has tweeted that Japan’s Minister of Foreign Affairs Toshimitsu Motegi is going to visit Tehran in the near future, believing that the trip can help enhance mutual relations.

According to the tweet, the visit can open a new chapter for bilateral consultations on important regional and international issues.

Hopefully, the trip will pave the ground for discussing issues of mutual interests, the embassy wrote on its Twitter account on Tuesday.

Japan’s official TV channel also reported that Toshimitsu Motegi plans to visit the Islamic Republic of Iran in mid-August in order to hold talks with his Iranian counterpart as well as other high-ranking officials of the new administration of President Ebrahim Raisi.

NHK expects the Japanese Foreign Minister to ask his Iranian counterpart and other officials of the Iranian administration to make all-out effort to decrease tensions in West Asia and create stability in the region.

It is expected that Toshimitsu Motegi will announce Japan’s readiness to strengthen traditional friendship with Japan.
Motegi and the Iranian authorities will probably hold talks on potential indirect negotiations between Iran and the United States over the revival of the 2015 nuclear deal.

His visit to Iran is expected to be part of a 10-day trip to the West Asia region and north Africa; so, the Japanese FM is also going to visit Israel, Palestine, Egypt, Jordan, Turkey, Iraq and Qatar.