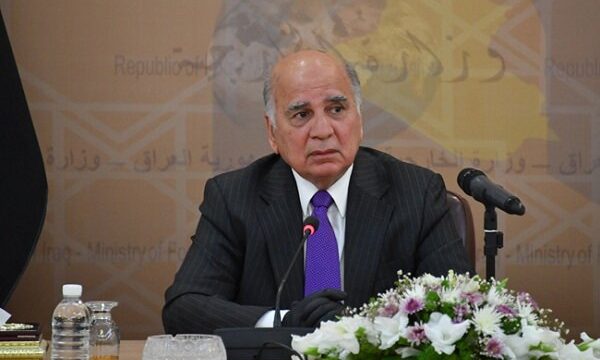 Iraqi Foreign Minister Fuad Hussein has arrived in Tehran to hold wide-ranging talks on the expansion of bilateral ties, besides regional and international issues, with senior Iranian officials.

The top Iraqi diplomat landed in the Iranian capital on Tuesday, and is scheduled to meet and hold talks with his outgoing Iranian counterpart, Mohammad Javad Zarif, later in the day.

Hussein is widely speculated to deliver a formal invitation to new Iranian authorities to attend a key summit for regional leaders that Baghdad plans to hold by the end of the current month.

According to a report published by IRNA on Tuesday, Iraq intends to bring Iran and Saudi Arabia closer by preparing grounds for bilateral meetings on the sidelines of the upcoming regional summit in Baghdad.

The leaders of Iran, Saudi Arabia, the United Arab Emirates, Turkey and several other Middle Eastern countries will get together for the summit.