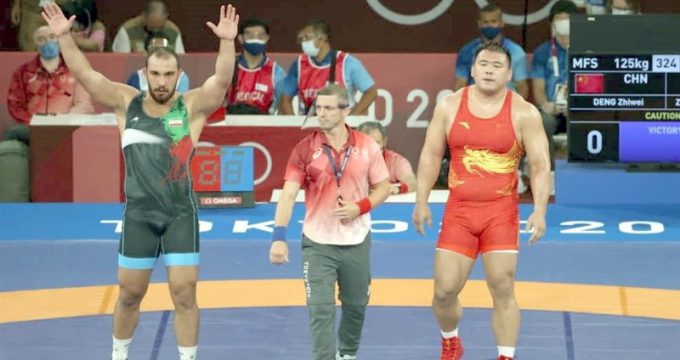 The Iranian wrestler defeated Deng Zhiwei from China 5-0 and seized the bronze medal.

Iranian freestylers won two medals in the Games. Hassan Yazdani also claimed a silver on Thursday after losing to David Taylor in the final bout of 86kg.

The wrestling competition of the 2020 Summer Olympics is taking place at the Makuhari Messe in Mihama-ku.