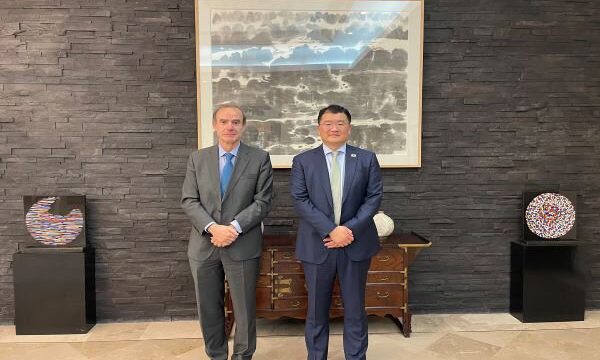 Deputy Secretary-General of the European Union thanked South Korea’s Deputy Foreign Minister for having “a very interesting” conversation with him on JCPOA in Tehran.

“Thanks to ViceMinister @jongchoiysu for a very interesting conversation on JCPOA and the Korean Peninsula. Looking forward to his visit to Brussels to continue strengthening relations with a key partner of the EU”, Deputy Secretary-General of the European Union tweed.

Enrique Mora, who had traveled to Iran to attend the inauguration ceremony of the new Iranian president Ebrahim Raeisi, made the remarks after his meeting with South Korea’s deputy foreign minister in Tehran.

Mora’s remarks came in response to a tweet by South Korea’s Deputy Foreign Minister, who wrote, “Here in Teheran, very productive and fruitful meetings with DFM Abbas Araghchi (@araghchi) and Director Enrique Mora (@enriquemora). Korea’s diplomatic support for the efforts to restore JCPOA will continue! So much importance to the world and the Korean Peninsula peace process.” 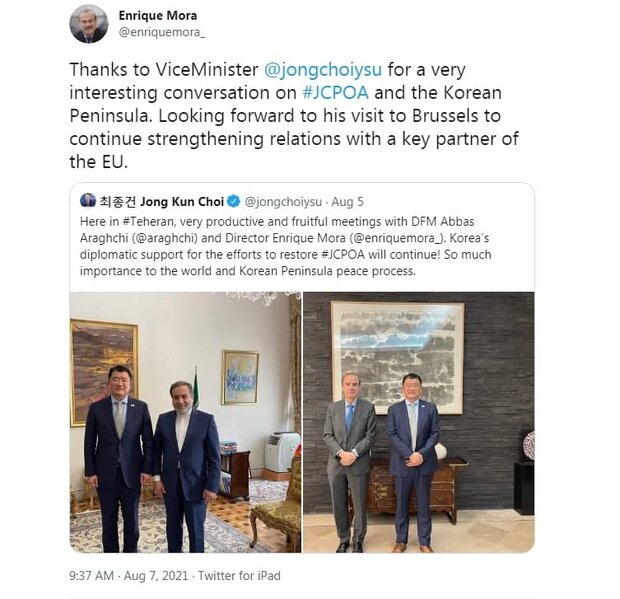