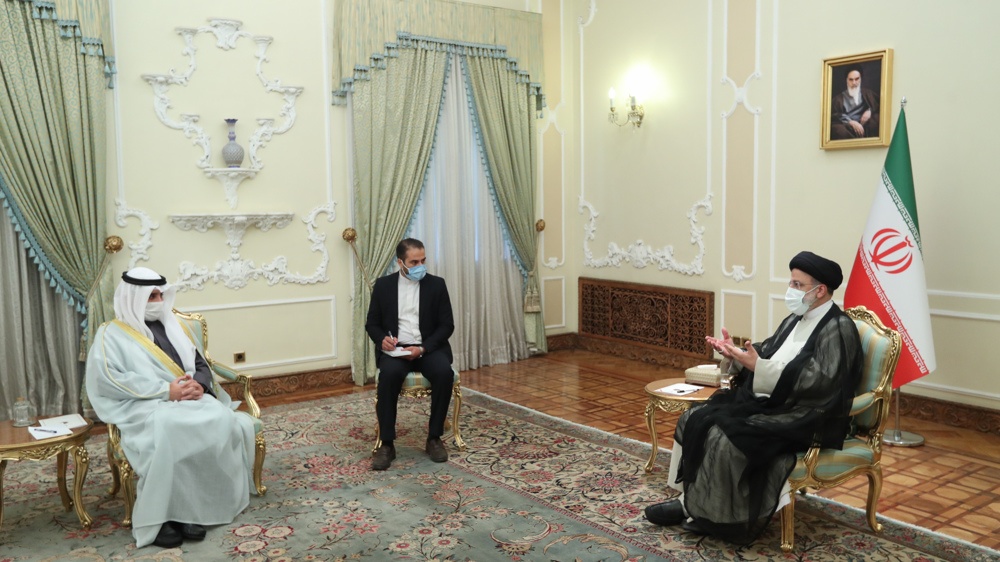 President Ebrahim Raisi said there is no obstacle for promoting relations between Iran and Kuwait.

Speaking in a meeting with Kuwaiti Foreign Minister Ahmed Nasser Al-Mohammed Al-Ahmed Al-Jaber Al-Sabah, Raisi said enemies and ill-wishers are not happy with brotherly relations between Iran and Kuwait.

He called for developing bilateral ties more than ever.

He stressed that disputes in the region should be solved through negotiations and foreigners should not be permitted to interfere.

He also referred to experiences achieved during COVID19 pandemic and called for starting new round of cooperation between regional states in this regard.

In a separate meeting with Speaker of the Supreme Council of Kyrgyzstan Talant Mamytov, Raisi said developing relations will help reinforce long-standing friendship between Iran and Kyrgyzstan.

He called for taking serious steps in line with promoting interactions.

He underlined concluding talks on construction of railway between Iran and Kyrgyzstan through Turkmenistan and Uzbekistan and also increasing flights.