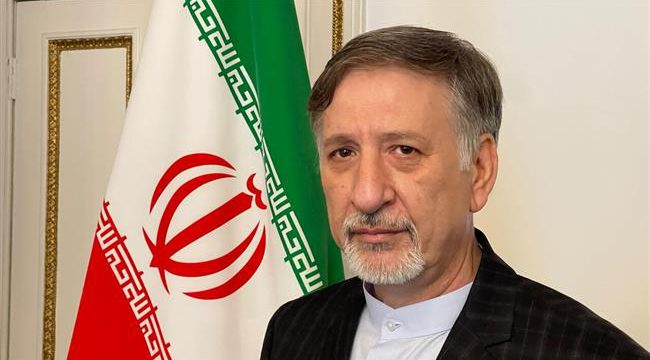 Envoy files protest at IMO over propaganda campaign against Iran

Iranian Ambassador to London Mohsen Baharvand in a letter to the International Maritime Organization (IMO) protested at the propaganda campaign launched against his country after the recent suspicious incidents in the Persian Gulf.

In his letter to the IMO on Wednesday, Baharvand condemned the allegations of Iran’s alleged actions to undermine maritime security in the Persian Gulf and the Sea of Oman, and called on the international community to cooperate in countering these destabilizing stances.

He rejected all baseless allegations against Tehran, saying that they were politically-motivated and aimed at creating instability and harming the safety and security of navigation.

The diplomat reminded Iran’s commitment to maintaining the safety and security of the navigation in the sea.

He added that Iran believes that maintaining maritime security is in its interests and the interests of the international community.

The ambassador continued in the letter by pointing out that the adventurous and biased behavior of certain countries, which is mixed with using a language of force and threats against the Islamic Republic of Iran, not only violates the principle of non-use of force for the UN Charter, but also endangers international maritime security in the region in the long run.