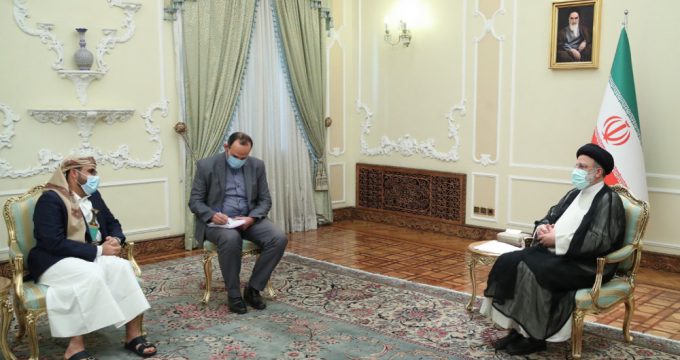 President Ebrahim Raisi emphasizes that the fate of Yemen is to be decided only by the country’s own people, and not any outside party.

“No one can make decisions for Yemen from outside the country,” the president said in Tehran on Wednesday, meeting with Mohammed Abdul-Salam, the Yemeni popular Ansarullah movement’s spokesman.

The chief executive also hailed the resistance and steadfastness that the Yemeni people and fighters have been staging in the face of the oppressors.

“Today, the identity of the victor of this arena has become clear to the entire international community, even the aggressors,” Raeisi said, adding that Yemen has become “the source of pride for the Islamic and Arab world.”

The country has been withstanding more than six years of invasion by Saudi Arabia and its allies. The war has been trying unsuccessfully throughout the period to restore power in Yemen to the country’s former Riyadh-friendly officials.