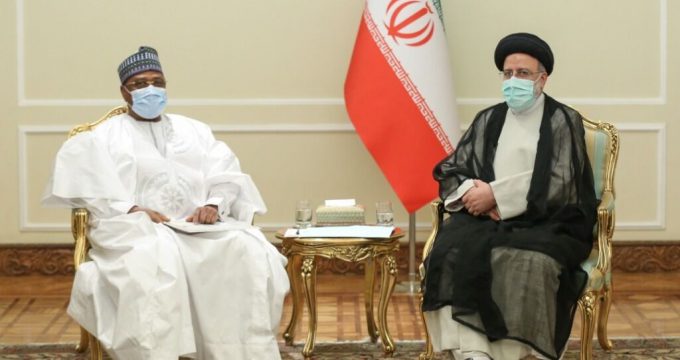 In his meeting with Sini Amaro on Wednesday, President Raisi emphasized that expansion of ties with African countries, including Niger, is among Iran’s top priorities, especially during my government’s tenure.

The Iranian President said that the current level of bilateral ties with Niger is not satisfactory, reiterating: The foreign ministries of Iran and Niger must design and implement plans and roadmaps for identifying the entire capacities in both countries aimed at expansion of ties, because relations with the African countries, including Nigeria is among the priorities of Iran in upcoming era.

Raisi said that the expansion of parliamentary relations, too, is among the appropriate fields for expansion of bilateral ties, adding that good relations between Iran and Niger should serve as a platform for strengthening our bilateral ties at the international scene.

The Niger National Assembly speaker, too, congratulated the Iranian new president and wished him success on behalf of the Niger president and nation.

Amaro also wished the Iranian nation the best, reiterated: I am carrying the Niger government and nation’s message of enthusiasm for the expansion of amicable and close ties between our two countries.