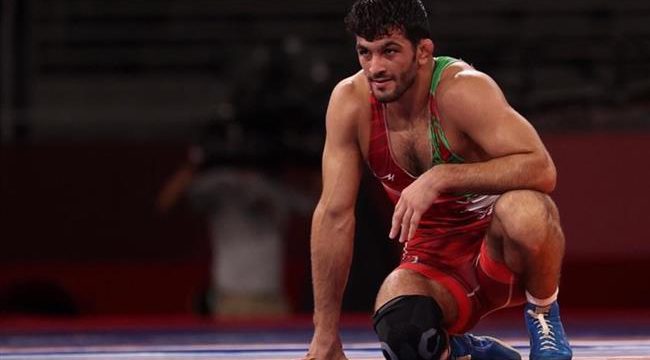 Iran’s freestyle wrestler Hassan Yazdani Charati has put in impressive displays of grappling skills at the Tokyo 2020 Summer Olympics in Japan, but was defeated by his tough rival in the final bout, and finished as the runner-up of the respected international sports event.

Yazdani – the 26-year-old champion of the Rio 2016 Summer Olympics – earned a silver medal after David Morris Taylor III from the United States downed him 4-3 in the last encounter of men’s 86-kilogram weight category at Makuhari Messe Hall on Thursday.

The Iranian wrestler had started his campaign resolutely the previous day, and routed Uzbekistan’s Javrail Shapiev 11-2 in the first competition, before overcoming Swiss Stefan Reichmuth 12-2 in the quarterfinals.

Yazdani emerged victorious over Russian wrestler Artur Naifonov 7-1 in the semi-final round and advanced to the final.

On Wednesday, Iran’s Mohammad Reza Geraei triumphed over his Ukrainian rival Parviz Nasibov 9-1 in the final round of the 67-kilogram weight division, and clinched the gold medal.