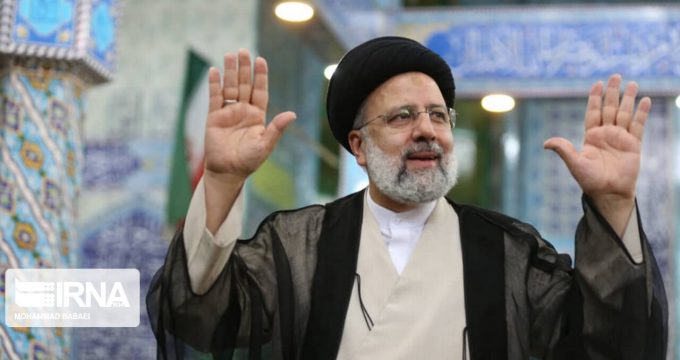 Five parliamentary delegations arrived in Tehran on Wednesday morning to take part in the swearing-in ceremony of Ebrahim Raisi as the new Iranian President.

Speaker of the Legislative Chamber of the Oliy Majlis of the Republic of Uzbekistan Nurdinjon Ismoilov, Speaker of the Tajik Parliament Mohammad Taer Zakerzadeh, and Speaker of the National Assembly of Niger Sini Amaro arrived in Tehran on Wednesday morning, while heading their counties’ parliamentary delegations.

Meanwhile, the foreign minister of Bosnia, the Tourism Minister of Ghana, and the speaker of the Syrian parliament arrived in Tehran on Tuesday to participate in Raisi’s inauguration ceremony as the new Iranian president.

Some 115 officials from 73 countries have so far expressed readiness to take part in the ceremony slated for Thursday afternoon.

10 heads of states, 20 parliament speakers, 11 foreign ministers, 10 other ministers as well as heads of commissions and parliamentary delegations are among the officials that have expressed readiness to attend the ceremony, in which Ebrahim Raisi is due to swear the oath of office as Iran’s new president.

The heads and officials from 11 international and regional organizations, who have been invited to the ceremony, have also expressed readiness to attend.

Supreme Leader of the Islamic Revolution Ayatollah Seyyed Ali Khamenei endorsed the decree of Ebrahim Raisi as the next President of Iran on Tuesday.

President-elect Ebrahim Raisi’s inauguration will be held on August 5, 5:00 pm in the venue of Iran’s parliament.