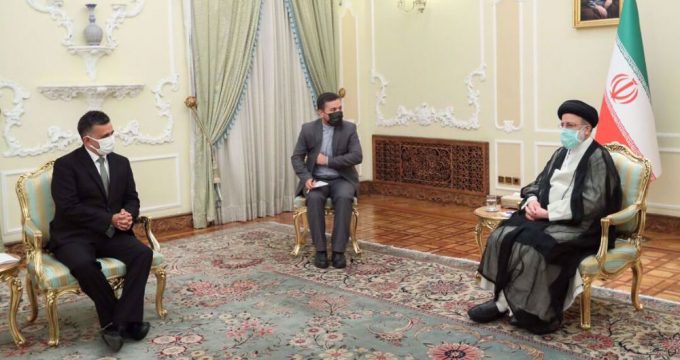 “Strengthening political and economic relations with Latin American countries is among Iran’s foreign policy priorities,” Raeisi said in a meeting with the secretary-general of the Bolivarian Alliance for the Peoples of Our America (ALBA), Sacha Sergio Llorenti Soliz, in Tehran on Wednesday, adding that Iran and ALBA member states have common values.

He noted that “the Islamic Republic of Iran is determined to further strengthen its political and economic relations with the member states of the alliance …. in light of the common values and positions of the two sides.”

He called for the promotion of the level of cooperation between Iran and ALBA countries in various bilateral, regional and international issues.