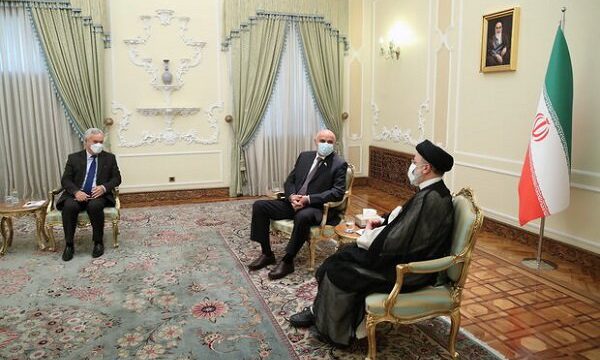 Insecurities in Afghanistan is not in favor of anyone: Raisi

Iranian President Seyyed Ebrahim Raeisi said that today’s insecurities in Afghanistan, which is rooted in foreign interference in this country, is not in interest of anyone.

Speaking in his meeting with the Speaker of Tajik Parliament Mohammad Taer Zakerzade on Wed., newly-elected president of the Islamic Republic of Iran Seyyed Ebrahim Raeisi considered the relations between the two countries of Iran and Tajikistan ‘based on empathy, common language’ and added that Tehran-Dushanbe relations are beyond the normal ties, so that giant steps should be taken to improve the level of these relations relying upon cultural and civilizational similarities.

Developing relations between Iran, Tajikistan and Afghanistan as three Persian-speaking countries is of paramount importance, he said, adding that today’s insecurity in Afghanistan, which is rooted in foreign interference in the country, is not in interest of anyone and Iran and Tajikistan must work more closely together to address this common concern both in bilateral and international fields.

Speaker of Tajik Parliament Mohammad Taer Zakerzade, for his part, conveyed the warmest greetings of President of Tajikistan to Iran’s new president and said that Iran and Tajikistan relations are based on a common religion, language, culture, history, and civilization and the two countries have great potential for expansion of relations in all fields.

afghanistan crisis, Iran-Afghanistan relations August 4, 2021
FM Zarif in meeting with Mora calls on EU to stay away from threat-based policies
US renews sanctions waiver for Iraq to import Iranian energy