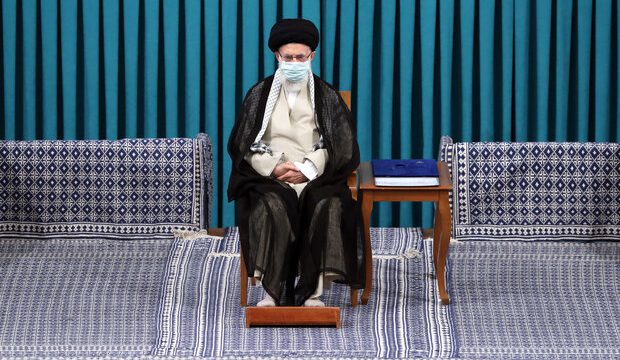 Leader of Islamic Revolution Ayatollah Seyyed Ali Khamenei said that peaceful transfer of power is a sign of rationality and confidence in the country.

In a ceremony held at Imam Khomeini Hussainia on Tuesday and attended by a host of high-ranking officials of the country, Ayatollah Khamenei endorsed Ebrahim Raiesi as the new Iranian President.

After endorsing the decree of newly-elect president Raeisi, Ayatollah Khamenei started his speech in this ceremony.

“First of all, I thank God Almighty for granting this opportunity to the people of Iran, who were able to successfully carry out once again this completely meaningful election movement, which represents religious democracy. I also thank people [for their participation in elections],” the Leader said.

Ayatollah Khamenei also appreciated the 12th administration’s efforts and wished success for Raeisi and his cabinet.

“The conspiracy to boycott the elections was planned in the policy circles of the enemies of the Islamic Republic, and some of them pursued it inside the country out of negligence and some out of intent, but the people responded decisively. The turnout was good,” Ayatollah Khamenei noted.

He also pointed to the enemy’s propaganda war, saying, “Our enemies today are most active in soft warfare and media warfare in order to dominate public opinion, and in this way, they spend huge sums of money and do a lot of work. They seek to capture public opinion to advance their own plans. In this regard, [the country’s] media measures need to be stronger and smarter.”