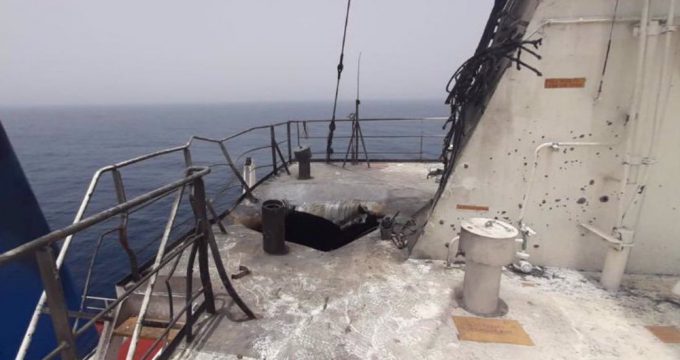 US, UK join Israel in accusing Iran of tanker attack, give green signal for ‘response’

The United States and the United Kingdom have joined Israel in accusing Iran of orchestrating Thursday’s attack on an Israeli tanker off the coast of Oman, despite Tehran’s firm denial.

“Upon review of the available information, we are confident that Iran conducted this attack, which killed two innocent people, using one-way explosive UAVs,” US Secretary of State Antony Blinken said in a statement Sunday.

Blinken said they are “working with partners” on what he termed an “appropriate response” to the attack.

Earlier British Foreign Secretary Dominic Raab said the “unlawful and callous” attack had highly likely been carried out by Iran using one or more drones.

“We believe this attack was deliberate, targeted, and a clear violation of international law by Iran,” he said, adding that London was working with partners on a “concrete response.”